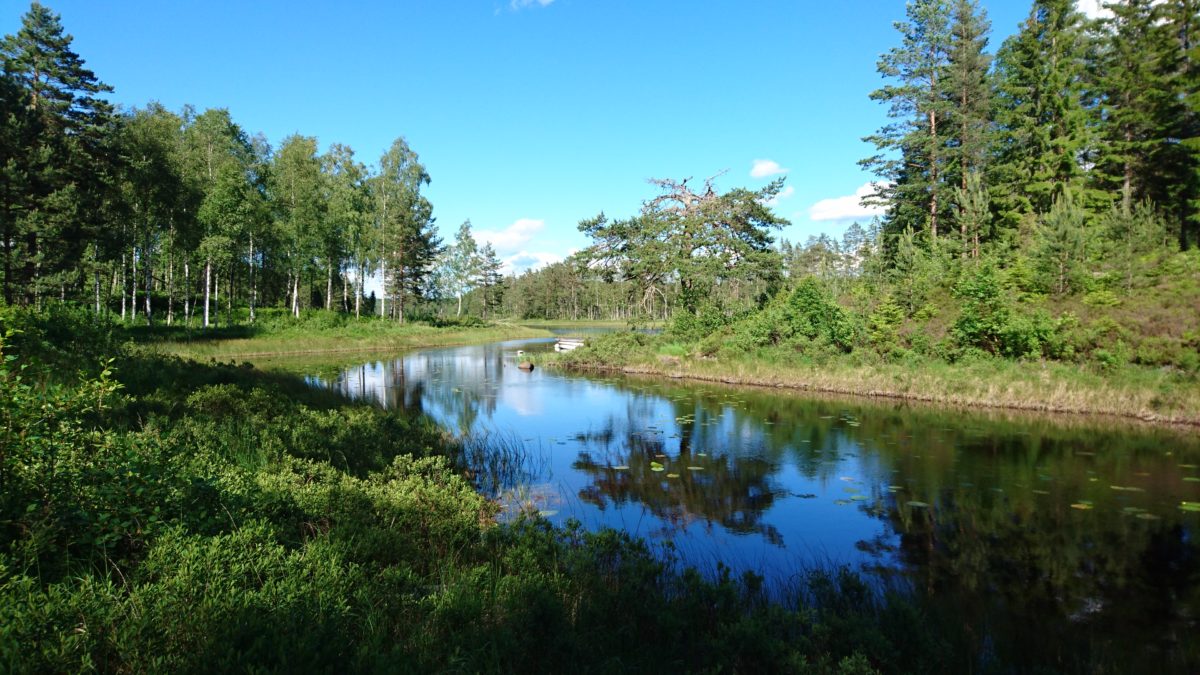 The forest hides the memories of man’s daily work in times gone by.
A few kilometres from the Gårdsjö community on the road to Åsebol and Lake Unden, the forest opens up and reveals a tranquil lake. Hidden here is what is left of what was once a pioneer of our forestry industry with mill, sawmill, independent power station in the forest and peat production.

Adventure location Lake Gårdsjön, on the road between Gårdsjö and Åsebol, is a reserve owned by Skara diocese, the Swedish church, and is managed by Högåsen Association voluntarily.
The Association clears the area every year and has set up information boards which tell of the different operations which once upon a time were found in the area. But there is still much to tell about this district’s most important historically cultural place.
The existence of the mill is mentioned in the 1700s. The industrialisation of the area took place from the end of the 1800s to the 1950s. The owner at that time was Gårdsjö Farm.
When the operations were at their peak, more than 150 workers were employed during high season, that is when the sawmill, the wood-planing machines, peat digging and the peat moss production were at full throttle. For the most part only stone foundations are left, while out on the moor you can see where the peat was dug up. Of the rails and the peat wagons that were used however, nothing remains.
If you continue a few hundred metres toward Åsebol, the road turns over a bridge and an astonishingly beautiful lake is revealed, it culminates in a couple of ponds and a dam that maintains the water level. Below there is an impressive drop and here by Åsebol’s stream once stood a wadmal hammer, which produced wadmal felted fabric.
A bit further down the stream, you can see clear traces of the power station that Gårdsjö Farm had built in the early 1900s to supply the sawmill and planing machines with electricity